Does your writing need a boost? Registration is still open

Boost your writing with a one-day conference designed to take your writing to the next step,  especially if your manuscripts are languishing or you’re stuck on some step in your revisions.

Need some help with your all-important query letter?

At the same time Fonda was querying ZEROBOXER, she attended the Willamette Writers Conference and pitched several agents in person. She received four manuscript requests from the conference and another three from querying (out of around a dozen queries sent) and ended up with four offers of representation. She landed the amazing Jim McCarthy from Dystel & Goderich Literary Management (DGLM) and published with Flux / Llewellyn in April 2015.

If you have ZEROBOXER, you’ll notice how similar the query letter is to the final back cover copy of the book. The query letter formed the basis of the pitch that her agent submitted to editors, who then used it internally at the publishing house, and eventually the production team morphed it into the back copy. So love your query letter, because you may well be seeing some form of it on the back of your published novel.

Check out her query letter to Jim McCarthy  here.

This entry was posted in Fonda Lee, Portland, Repeat, Rewrite, Uncategorized, Zeroboxer by Fonda Lee and tagged Need Help With your Query Letter by Fonda Lee.

Every once in a while, a creative idea punches your buttons so hard you lose the power to speak and drool runs slowly off your chin. When an idea strikes your writerly pleasure center with that kind of force, you damn well move it to the top of your project list. Some books come easy and some come hard, but the ideas that make you wet yourself feel easier, no matter how thorny your plot problem of the day is. The Four Horsemen of the Apocalypse could be at your door, and you would still run to your keyboard in the morning to work. From Terrible Minds: Five Things I Learned Writing Zeroboxer 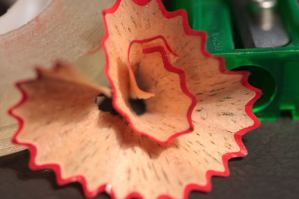 Registration is now open for Write, Rewrite, Repeat on February 20.

You’re going to find advice and inspiration for persisting, strategizing, shaping a first draft, fixing a second draft, editing, and thinking like a marketer. All in one day. What an opportunity.

A cursory glance at the number of writing conferences in the country and the number of people who attend them each year will give you an idea of the staggering number of aspiring writers out there. Only a tiny percentage of those people will ever go on to publication. A smaller number will go on to be published multiple times, and an even smaller number yet will ever make a reasonable income as professional writers. Ultimately, the difference lies not in talent, work ethic, or connections, but in mindset, strategies, and habits. Fonda Lee shares observations gleaned and lessons learned in the formative early years of a writing career, leading up and after the publication of a debut novel.

Fonda Lee spent a decade as a corporate strategist for Fortune 500 companies prior to becoming a science fiction and fantasy author. Her sci-fi novel Zeroboxer (Flux/Llwellyn) came out in 2015; she was named the Willamette Writers Up and Coming Award winner that year. Fonda’s second novel releases from Scholastic in early 2017. 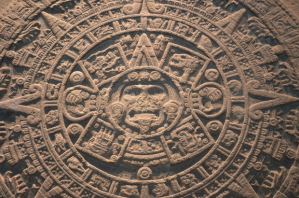 Please mark your calendars for another all-day, chock-full-of-inspiration writing conference.

Stay tuned for details because I’ve got a wonderful lineup in the works.

Carl Sagan on the magic of books:

“What an astonishing thing a book is. It’s a flat object made from a tree with flexible parts on which are imprinted lots of funny dark squiggles. But one glance at it and you’re inside the mind of another person, maybe somebody dead for thousands of years. Across the millennia, an author is speaking clearly and silently inside your head, directly to you. Writing is perhaps the greatest of human inventions, binding together people who never knew each other, citizens of distant epochs. Books break the shackles of time. A book is proof that humans are capable of working magic.”

Question is: What magic are you sending out into the world?

The most important things are the hardest to say 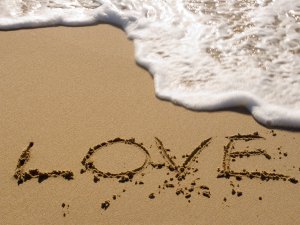 The most important things are the hardest to say. They are the things you get ashamed of, because words diminish them — words shrink things that seemed limitless when they were in your head to no more than living size when they’re brought out. But it’s more than that, isn’t it? The most important things lie too close to wherever your secret heart is buried, like landmarks to a treasure your enemies would love to steal away. And you may make revelations that cost you dearly only to have people look at you in a funny way, not understanding what you’ve said at all, or why you thought it was so important that you almost cried while you were saying it. That’s the worst, I think. When the secret stays locked within not for want of a teller but for want of an understanding ear.” (Stephen King)

This entry was posted in Uncategorized.

I like to imagine a sentence as a boat. Each sentence, after all, has a distinct shape, and it comes with something that makes it move forward or stay still — whether a sail, a motor or a pair of oars. There are as many kinds of sentences as there are seaworthy vessels: canoes and sloops, barges and battleships, Mississippi riverboats and dinghies all-too-prone to leaks. And then there are the impostors, flotsam and jetsam — a log heading downstream, say, or a coconut bobbing in the waves without a particular destination.

This entry was posted in Uncategorized and tagged Constance Hale, Making it in Changing Times Writing Conference, sentences.

This entry was posted in Uncategorized and tagged Arthur.